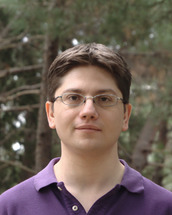 I joined the STACK (LS2N/INRIA) team and the DAPI department at IMT Atlantique, Nantes, France as an Associate Professor in September 2020 working on the networking aspects geo-distributed systems.

Previously, I worked as a postdoctoral researcher at IMT Atlantique, Rennes, France as part of the OCIF team of IRISA and focused on protocols for high performance Industrial Internet of Things (IIoT) networking.

I received my PhD from the Department of Electrical and Computer Engineering of the Democritus University of Thrace, Greece in February 2016 on the application of game theory to network QoS problems.

I am also an experienced software designer and developer, having participated in numerous research projects both as an academic and as a developer.

My full C.V. is available in French.